from Live: Ballad Of An Outlaw Woman by Anne McCue 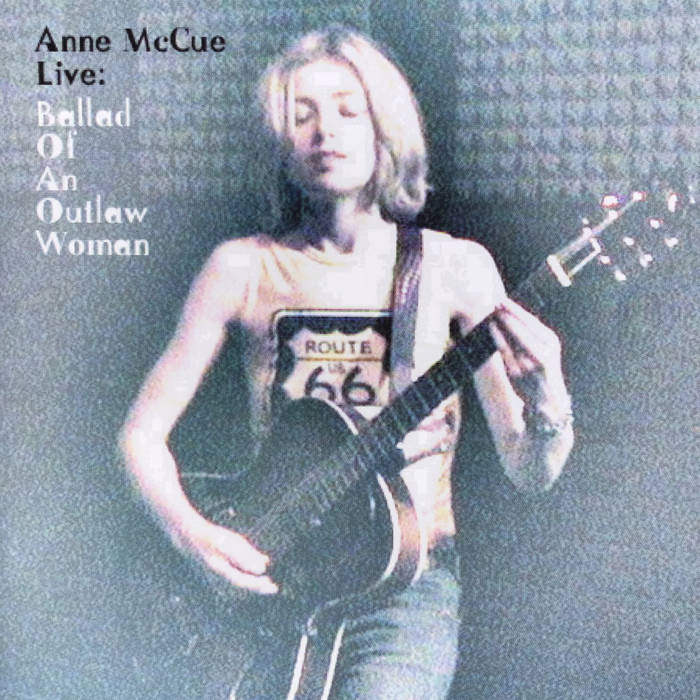 IT'S SO DELICIOUS AT THE START
LUST COMPOUNDED BY THE HEART
AND IF I SING SOMETHING WRONG
IN THIS TINY LITTLE SONG
WILL YOU MAKE ME SING AGAIN?
'CAUSE YOU KNOW I'M NOT THAT STRONG
I DON'T KNOW HOW I'D GET ALONG
IF I HAD TO LIVE ALONE

Anne McCue is an Aquarian and her first love is the guitar. She has produced other artists such as Emma Swift, Ellen Starski and Scott Miller and has played guitar on albums by such artists as Robyn Hitchcock and Michelle Shocked. This new album, to be released later in the year, will be her 7th. She is host of the radio show Songs On The Wire on Nashville's WXNA and hails from Sydney, Australia. ... more

Bandcamp Daily  your guide to the world of Bandcamp